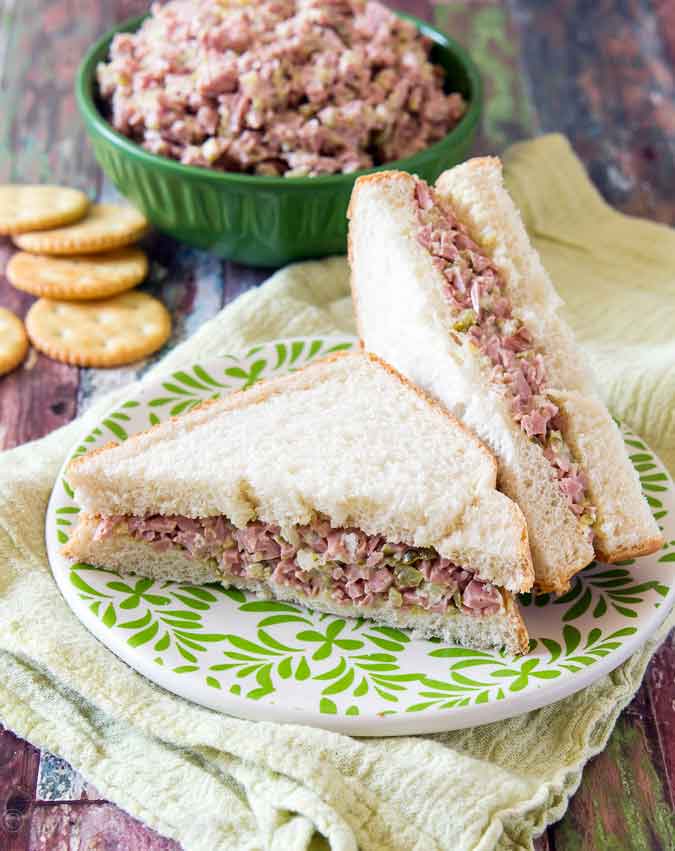 So you simply must know what Monkey Meat is, and what’s in it? Before you run away, let me clarify – no monkeys were harmed in making this Monkey Meat. There are also no bananas… let me explain…

So here’s what it is – A delicious 3 ingredient spread that kids go bananas over! It also makes a great dip for crackers. It’s made from bologna, dill pickles and a little bit of mayo.

This brings back wonderful memories for me. At our house we called it ham salad (but yes, used bologna). We would sometimes use sweet relish in place of the dill pickles.

I remember making this with my Mom years ago. She let me grind it up with an old cast iron grinder she got from my grandma! My dogs would run under the table when they saw me get out the grinder as some would always drop!

Now I use my Kitchenaid mixer with the grinder, but this is still a must for my grown children to this day!

You don’t have to put it through a meat grinder at all. You can use a food processor.

This is still one of my favorite sandwiches. So simple ….yet sooooo tasty! 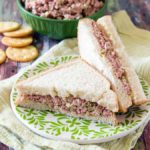 Monkey Meat is one of the many names used for this bologna salad!