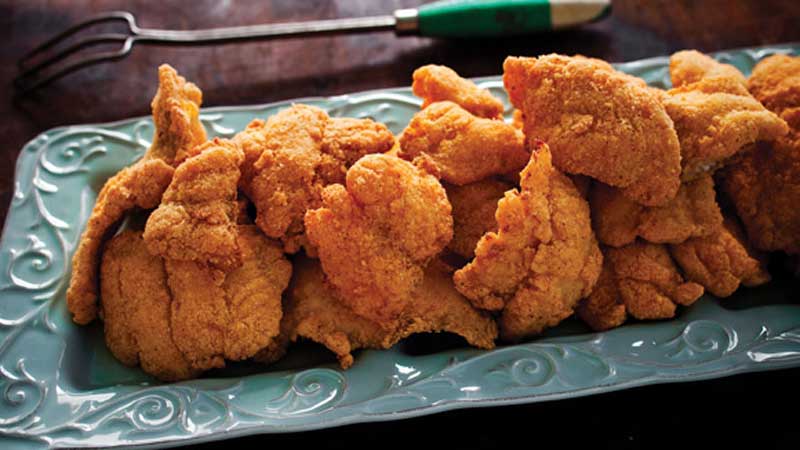 This Fried catfish Recipe has evolved over the years as a compilation of several New Orleans-style recipes. Almost always fried a little on the spicy side.

Many restaurants in New Orleans pride themselves on their house specialty fried catfish recipe.

This is one of those New Orleans-style fried catfish recipes. Humorously called “fries” the thin strips of catfish are coated in cornflour and cayenne, then deep-fried to a crispy golden brown.

Give this fried catfish recipe a try! 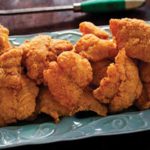 I love Fried Catfish and this New Orleans Style is just how I like it.

Food For Thought – Even though these “fries” are coated in cayenne, they may not have enough sizzle for some people. You can fire up the engines with as much cayenne as you can handle! For extra flavor that is not necessarily hot, try adding granulated garlic, dried onion and a bit of celery salt to the cornflour mixture,

Good To Know About This Fried Catfish Recipe – Corn flour is extra-fine cornmeal. You can approximate the texture by putting cornmeal in a blender and process it until it has a consistency like flour. You can also use a combination of cornmeal and cornstarch to approximate the texture of cornflour. And you can always use just plain flour to fry with, it just won’t have the same crunch.