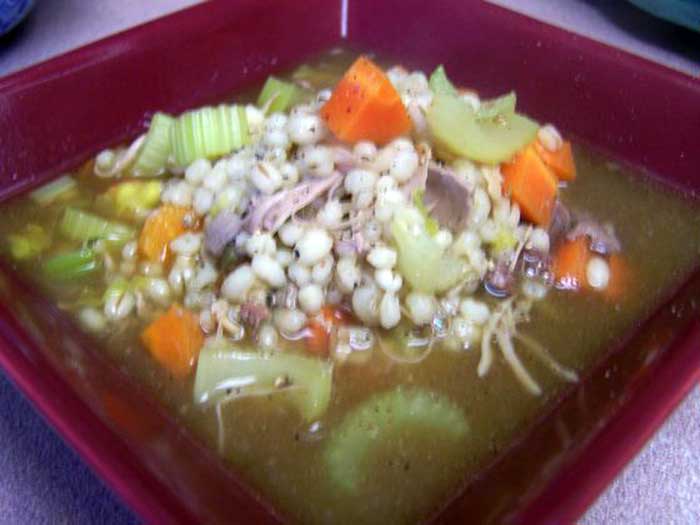 I just love barley and I really love this Chunky Turkey Barley Soup! I frequently make homemade stock using the leftover holiday turkey. I made the turkey stock over the weekend so this soup was perfect timing for it.

I did use garlic cloves not garlic powder. But I didn’t skip the Better Than Bouillon Chicken Base. It adds so much to this soup.

Don’t skip adding the turkey meat either. Extra meat along with the barley makes the soup nice and hearty!

So, since I don’t cook turkey that often, I will be subbing chicken. I don’t think anybody will know the difference!

It makes a really hearty meal with homemade bread. 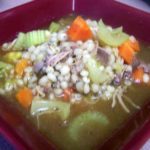 You can freeze leftovers and reheat.