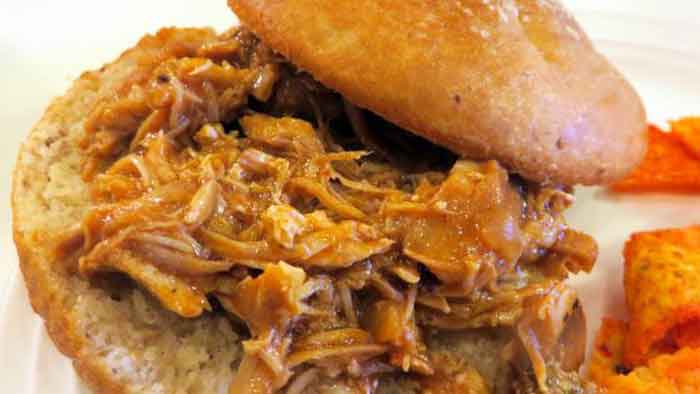 This BBQ Pulled Pork Recipe is one of the easiest ways to produce really top-notch pulled pork in the slow cooker. You’ll have wondrous sandwiches.

Just add the roast, the seasonings, and the liquids to the slow cooker and you’re done!

Not just ordinary BBQ sandwiches either, but sandwiches brimming with juice and the savory taste of simmered barbecue sauce.

Serve with potato salad and coleslaw – and don’t forget the napkins! 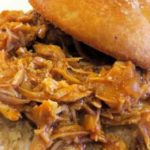 Just add the roast and seasonings to the slow cooker and enjoy delicious BBQ sandwiches just as good as the BBQ joints!

Good To Know – The pork shoulder or butt is the best cut for this recipe. The meat is more flavorful than the loin or chops, and the fat adds to the moisture. If your slow cooker is too small for the roast, cut it in half or in pieces.

Food For Thought – If you can’t locate Bob Evans Wildfire BBQ sauce, use your favorite – a spicy-style sauce would go well with the chili powder in this recipe.

Add a few dashes of your favorite hot pepper sauce, such as Tabasco, some crushed red chili flakes, and 1 teaspoon of cayenne pepper to give the meat a generous kick of heat.